TV show Homeland (2011-) is interesting for many reasons.

Carrie Mathison (portrayed by Claire Danes) is a strong female lead. She is actually one of the most complex female characters I have seen on TV.

All while not being stereotyped as the sexy female skimpy outfit hooker agent (Yup, an older rant here).

That and the sensitive portrayal of Bipolar Disorder make Homeland a series to watch.

I know the show has been criticized for its stereotyping of Muslims (originally based on the Israeli series Hatufim/Prisoner of War  (on my to-watch list)), and for fear of exhausting the story. Both equally legitimate but not the focus of this rant.

Before watching it, I was afraid that the show was only a copy of 24, but what do I know? I have not seen 24. And probably never will.

I am glad I gave Homeland a chance.

I am impressed by the portrayal of Bipolar Disorder in the first season. Somebody knows what they are writing about!

It is off course simplified. It needs to be, to tell the story.
And the story is not about bipolar disorder, mental illness or awareness at all.

Claire Danes is perfect for this role. I have personally been a fan since My So-Called Life (1994-95) but feels she has made some weird choices during her career. Now, as Carrie, I feel she is right at home, playing on her strengths as an actress.

Her subtleties, wide range of emotions and expressions are executed perfectly. Carrie is intense and somewhat unpleasant.

Her strengths are also her weaknesses. I would actually go so far as to say that she is excellent at her job, not in spite of, but because she is Bipolar.

Claire makes her believable and watchable.

Carrie is pushy, confrontational and ambitious without becoming bitchy.

Her highs and lows intricately played out; from incoherent, maniacally chaotic to her dark and silent meltdown feels raw and real.

Carrie is flawed but never flat.

If you have questions about Bipolar Disorder or other mental health issues, please contact your national and/or local mental health organizations and clinics.

My first reaction to Covert Affairs was this:

I have now finished the 1st season and let me be clear; I am horrified!

This could have been a funny twist on the sexy female agent trope. Perhaps that was what they were going for but let me tell you why and how they fail. Miserably.

When called in by a (male) CIA/military trainee officer, she awkwardly blabbers on admitting to sleeping with her taekwondo instructor. Which btw, is not against the rules. She has already checked.

In a couple of seconds, she is transformed into a geeky-girl-next-door type who knows how to google.

The CIA clears her after interviewing her with a series of questions about her sex life. We now know her beach relationship with ex Ben Mercer ended ugly, she is fluent in six languages and she likes to wear outrageous cleavages. It is a good thing her breast barely manages an A-cup or it would be boobies all over the place!

She comes off as a man-eater as we see her flirt with Conrad, a man she just met on the steps of her new CIA home. Who, in all honesty, is flirting with her.

Her awkwardness is yet again apparent when she tries to walk through security without her passkey. Switching her from sexy confident to silly and girly.

Here lays the secret to what I hoped this show would be like.

It gives me hope.
However, there are signs I do not like.

Her commanding officer points out that she is the best driver of any women the CIA academy (?) ever have had. WTF?!

And, Conrad is goading her to make the no-passkey mistake.

The bureau needs Annie because she can pass as a hooker. Seemingly, as the only other woman in this department, Annie’s female boss gives her this assignment. As if that makes everything all right!

Her boss is another example of the sexist craftsmanship of the writers. She cannot trust her unfaithful husband, and continues to interrupt his business meetings throughout the entire season trying to shame him in front of others. Resulting in high bitch levels herself.

Auggie, a blind agent now acting as the geeky IT guy and obviously the romantic lead in this show, he cannot judge her by her looks. He has instead perfected the skill of listening to how other men talk to women to find out if they are sexy or not.

She flirts wherever she goes. It is her secret weapon but is seriously rattled when finding that her contact guy is an ugly middle-aged man, and she frowns at the ordinary looking man her sister sets her up with. Not giving it a chance in hell.

Instead of CIA mentoring her so she slowly gets better at what she does, everybody seems to be goading her and then laughs or yells at her for not doing her job well. Her ex being the only actual reason she is there.

She screams like a girl, cannot walk in those high-heeled Louboutins as if her life depended on it, and is manipulated by everyone around her.

At one point, her ex and her new loverboy bickers about how to best keep her safe, while she is there. Doing nothing.

Every episode ends with her being rescued by a man. She tries to fight but is defeated every fucking time.

In the second episode, just to be certain we get how womanly weak she is, she is equipped with a panic/rape alarm and pepper spray. Emphasizing her (gender) as a victim.

When Annie’s only female to look up to, her boss, gets the career opportunity of taking her husband’s job, making her the highest-ranking woman in the history of the CIA and do an amazing job at it.

In spite of all her confrontations with her husband, she turns the offer down willing to fight with him (instead of against) keeping their marriage true.

Is this actually an accurate portrait of a working woman in the patriarchy? Especially working in a male-oriented workplace?

Because when ex Mercer romantically asks Annie to change her ticket the next day, all I hear is, “Please sacrifice everything for me! As a man I cannot, but you are only a woman. You can.”

The Canadian TV-series Orphan Black has taken audiences and a bunch of critics with storm. It is renewed for a third season airing in 2015.

I admit I was sceptic in the beginning.

As I watched episode two and onwards I got over the Ringer copycat thing and started to really enjoy the clone story. It is nothing like Ringer, you just need to get past the first episode.

The first season is okay. Some cool tweaks but the genius part is solemnly Tatiana Maslany’s  fault. The second season is much like the first one, not introducing enough clones though.

The abbreviated summary full of spoilers is this: There are these clones, right. In the beginning they do not know but through hula hoops of coincidents, true detectiving and a suicide, they or at least some of them discover each other and their true origin.

Which is the same gene pool.
Perhaps even an international adoption agency. The details are a little bit blurry about that.

The clones played by Maslany only look alike. Which is not THAT difficult since the same actress plays them all.

Their personalities however are very different. Due to their upbringing.

The interesting part is that their differences does not stop at simple personality traits but also in their sexual identity and orientation. Including one being a lesbian and one a transgendered/transsexual male.

Are you born heterosexual or is that a choice? Choice, in this case being a very complicated concept.

I do get why pro-gay right activists still cling to the “I (They) am (are) born this way” argument although I find it archaic. Their demands on equal rights not diminished by it not being their nature.

Although it is more likely that it is a combination of the two and not versus, this show has made a stand. At least made a statement.

It is enough for me to find it refreshing.

I am a huge fan of the family sitcoms like Raising Hope and Modern Family.

They both portrait family as a non-homogeneous group of individuals defined by their good and their bad qualities. Not perfect families.

Of the two I recommend Raising Hope.

It is a highly non-functioning family portrayed with so much love and kindness that the Pritchett/Tucker-Pritchett/Dunphy-alliance, although both gay and multicultural, comes out as just petty.

Although both MF and RH is a tad goodie two-shoes, it seems that a “in your face” type of humor is seeping through many new comedies lately.

I am no prude. I enjoy 2BG immensely!

Then I saw an episode of the sitcom Mom.

I never found Anna Faris funny in the Scary Movie franchise.
Which I also did not like. Must be all the poop jokes.

However, I respect Allison Janney  immensely.

Where 2BG mostly joke about sex, Mom joke about fucking up life with drugs and alcohol but mostly fucking up your children’s life for the same reasons.

It is somewhat trashy. I can handle that.

Between the three generations portrayed, there is so much psychological and emotional abuse, and child neglect; it just gives me an iffy taste in the mouth.

I did not laugh through the whole season. I was uncomfortable all the way.

Then it strikes me.

Perhaps this is exactly why this show is worth watching?

It portrays flawed and somewhat broken females struggling to redeem themselves as individuals, as women, mothers and as a family.

Most importantly, they do it without judgment. 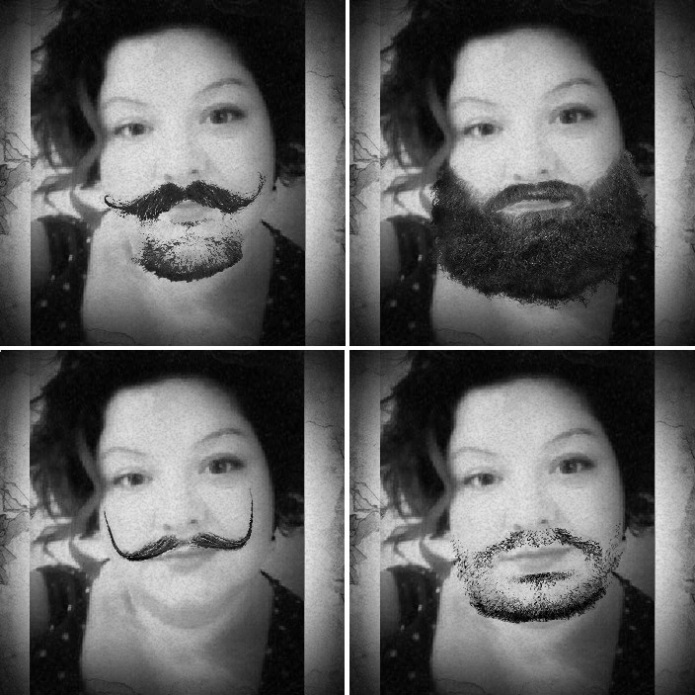 Sometimes we are all bearded ladies.

Dare to be different.